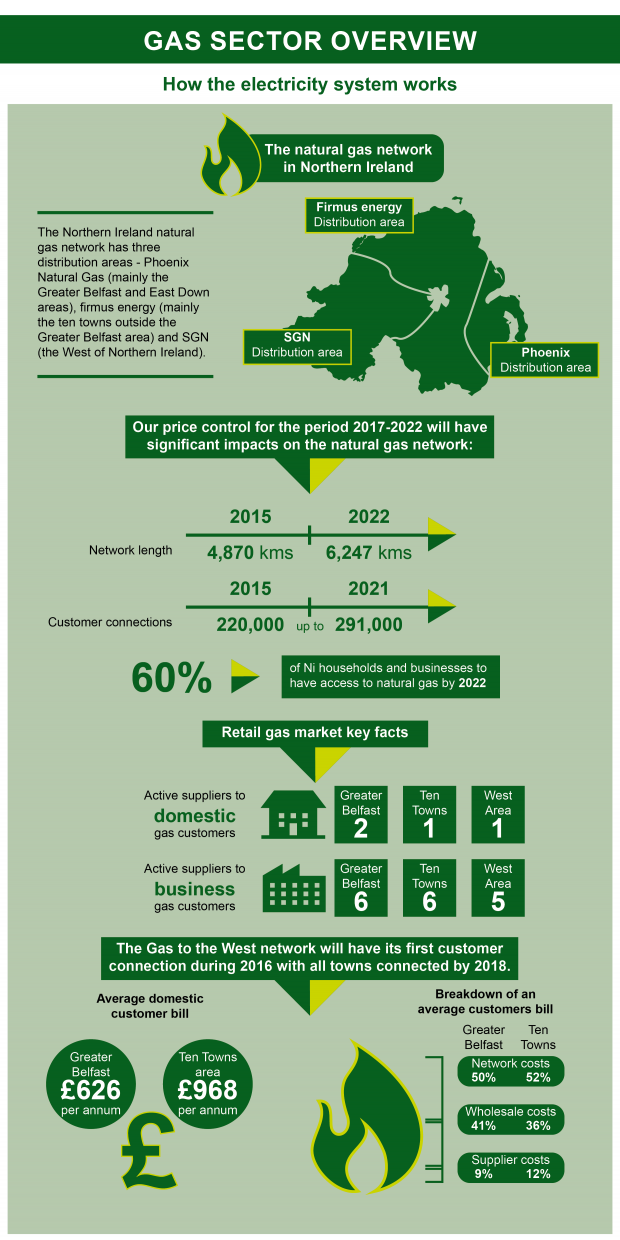 Our principal objective in carrying out our gas functions is to promote the development and maintenance of an efficient, economic and co-ordinated gas industry in Northern Ireland, and to do so consistently with our fulfilment of the objectives set out at Article 40 of the Gas Directive.

In fulfilling our functions, we must act in the manner that we consider best calculated to further this objective, and have regard to a number of matters set out more fully at Article 14 of the Energy (Northern Ireland) Order 2003.

Gas transmission deal with the large high pressure pipelines that convey gas to the distribution systems.  There are four transmission pipelines in Northern Ireland:

Gas supply work with companies supplying customers with gas into their homes/businesses.