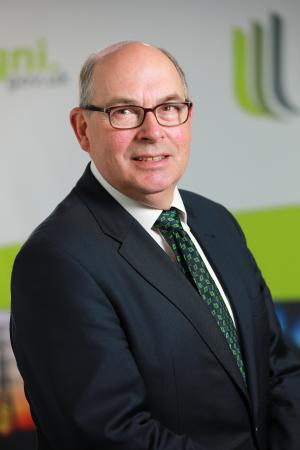 Dr Bill Emery joined the Utility Regulator as its non-executive chairman on 1 July 2012. He is a civil engineer with a PhD in public health engineering who worked on major capital works and corporate planning before becoming a regulator in 1990. He has over 20 years experience in regulation. He was chief executive of the Office of Rail Regulation (ORR), the independent safety and economic regulator for Britain’s railways for six years, retiring in June 2011. During his time at ORR, he directed the successful amalgamation of ORR and HSE (Rail) to form a unified safety and economic regulator, directed the first periodic review of Network Rail and the rail sector that concluded in late 2008, and oversaw significant improvements in the performance of the sector.

Prior to working at ORR, he worked in senior positions in the Office of Water Services (Ofwat) for 15 years. As director of costs and performance and chief engineer, he was responsible for monitoring the performance of regulated companies, delivery of investment programmes, comparative competition regime, planning and technical aspects of water price reviews, and interfacing with quality regulators and government departments.

As well as being chairman of the Utility Regulator, Bill is also currently non-executive chair of the Centre on Regulation in Europe (CERRE), a cross sectoral group of regulators, regulated enterprises and academics with the aim of helping improve regulation across Europe. He also advises several British companies on regulation. Bill has been a magistrate on the Sheffield bench for over 30 years.