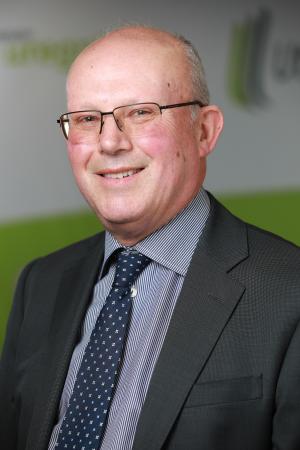 Mr Jon Carlton became a board member of the Utility Regulator in November 2015.  Jon is a Chartered Engineer who worked in the electricity and gas industry for 35 years, principally for National Grid and in both the UK and USA.  This culminated in Board positions of two significant subsidiary businesses of National Grid.  He now runs his own consultancy business as well as performing a number of Non-Executive and advisory roles.  These include Chairing the Board of National Grid Electricity Group Trustee Limited (one of National Grid’s pension schemes) and a Non-Executive Directorship of ENTRUST, the Regulator of the Landfill Communities Fund.  Jon is Vice-Chair of Governors at North Oxfordshire Academy, taking a lead on raising the profile of STEM (science, technology, engineering and maths) subjects.  He is also a founder member of Driving Ambition, a project run by Fellows of the RSA aimed at building links between businesses and schools and colleges in North Oxfordshire.  He is a Member of the Institute of Directors, a Member of the Institution of Engineering and Technology, a Member of the Institute of Asset Management and a Fellow of the Royal Society for the Encouragement of the Arts, Manufactures and Commerce (RSA).