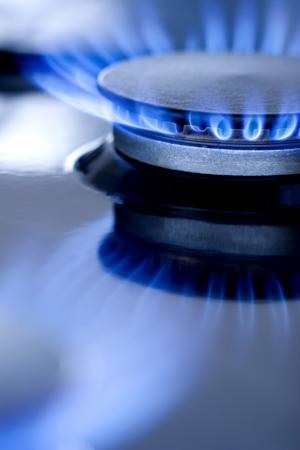 Firmus Energy has today announced a 56.3% increase to its regulated tariff for domestic and small business customers in the Ten Towns distribution area. This will mean that the average domestic gas bill will increase by £847 per year from 3 October 2022.

Commenting on the announcement, John French, Chief Executive of the Utility Regulator said:

“In August, following significant and volatile movements in the cost of wholesale gas on international markets, Firmus Energy requested a review of their regulated gas tariff. We have now finalised this review, and in consultation with both the Department for the Economy and the Consumer Council for Northern Ireland, we have concluded that an increase of 56.3% or £847 per year, on the cost of an annual bill, is unfortunately needed.

Note: Figures above based on the annual bill of a customer consuming 12,000 kWh of gas and 2,900 kWh of electricity paying by direct debit.

“Russia has choked off major supplies of gas and oil into Europe. The effect of this has caused the prices to sky rocket and for the energy markets to become increasingly volatile. We are working with the UK Government and Northern Ireland Government to ensure that the £400 Energy Bill Support Scheme payment is made as soon as possible. However, it is clear that further government intervention will be needed to help consumers deal with this cost of living crisis, as the underlying global wholesale energy markets are currently unable to provide prices that consumers can afford.

“At a local level, we continue to work with government departments, the Consumer Council and industry to see what further practical support can be provided to consumers this winter. We will use everything in our regulatory toolbox to support consumers. I continue to remind energy suppliers of the requirement that they adopt a sympathetic approach to customers’ ability to pay, and of their obligations to avoid customer disconnections and consider other approaches to protecting people in debt.

“We have recently written to suppliers reminding them of their obligations to customers around direct debit billing arrangements, and we will be auditing this process to ensure they are fulfilling their responsibilities to consumers.

“Consumers who are worried about the impact of these higher prices should always contact their electricity or gas supplier in the first instance, to make them aware of their circumstances, and discuss the options available to them. In addition, there are also a number of agencies who can provide free and independent advice to households, including Advice NI, Christians Against Poverty and Money and Pensions Service’s MoneyHelper.”

A briefing paper has also been published.

[i] Based on a typical customer consuming 12,000 kWh of gas and 2,900 kWh of electricity paying by direct debit.